In a career that spans over four decades of musical innovation and achievement, Bruce Lowe is a constant reminder throughout the music industry of how powerful the combination of creative magic, communication and love really is.

Always on the cutting edge in music technology, Bruce’s fresh approach to sound design and music production has made a major impact on today’s new generation of sound. Mr. Lowe is the owner Cinema Show Music, a successful music and sound production company based in Los Angeles, California which has been in existence since 1977. Lowe specializes in music production, composing, arranging, contracting, engineering, sound design, programming computers and synthesizers, performing multi instruments, recording, editing and mastering music and sound for films, records, television and commercials. A short list of his clients includes Stevie Wonder, Paul McCartney, Elton John, Quincy Jones, Steven Spielberg, Andraé Crouch, Billy Preston, Madonna, Michael Jackson and many more. Please visit www.cinemashowmusic.com for more about Bruce Lowe.Since his teens, Mr. Lowe has spent his life being a part of inventing analog/digital translation of sound used in modern communications, working with frequencies of sound helping to pulverize some forms of cancer tumors, psychoacoustics, visiting patients and playing music in hospitals, hospice care facilities, behavioral health hospitals, rehab facilities, veteran’s hospitals, charities for cancer, AIDS, natural disasters, Special Olympics, prison release programs, music student’s college funds and more.In 2018, Bruce started the foundation “Music Has Healing Power” with the mission of making music accessible to all and to provide a better life through music and sound, instruments, education, scientific research, compassion & love. The target is helping those inflicted with physical or behavior illnesses, including pediatrics and adult oncology, Alzheimer, PTSD, veterans, addiction, victims of natural disasters, hospice care patients and homelessness.Lowe states, “I believe that most people primarily want to love and to be loved while knowing someone is there for them in time of need. I know music and sound does have healing power and I can think of nothing better than sharing that love, compassion and the healing power of music with others in need.”
Read more…

David’s business career spans over 30 years in corporate America which includes time spent in the banking, finance and communications industry and the acquiring side of the merchant bank card industry. David also spent 3 years as a senior manager with EMI Music/Capitol Records. While at EMI Music, David rediscovered an intense passion for music which he had carried with him since childhood – and this passion easily merged into the business world of music. In 2008, through mutual friends, David met Bruce Lowe, founder/owner of Cinema Show Music. This meeting began a new business career which easily bridged David’s professional experience in the music industry along with his never ending passion for music. In 2018 David helped form Music Has Healing Power and a new chapter began.
Read more…

Tina Lowe is a driven and compassionate registered nurse of 32 years (17 years as a staff nurse and the additional years as hospital case manager).

Tina enjoys being part of a strong team and has a full understanding of the cooperation between patient care and advocacy and hospital utilization. She is highly skilled as a patient and family advocate and has strong communication skills focusing on solutions. Tina has an excellent understanding of Interqual, HMO’s, PPO’s, Medicare and Medical. As a hospital case manager of med/surg units, Tina specializes in orthopedics and oncology. She is also highly involved with cultural awareness and sensitivity. Tina has won many awards for her superior work in the medical field including, Service Excellence Awards, Employee of The Year Awards, Everyday Hero’s Award, and more. Her community outreach is extensive participating with The Cancer Foundation, The Leukemia Society, AIDS foundation, Teen Challenge, Dave Thomas Adoption Foundation, Special Olympics, victims of natural disasters, veterans, hospice and many more. Tina also initiated “Turn Every Two” program as well as the “Get up and Move” program. Both programs were intended for ortho patients, but were used hospital wide and still are. As a survivor of stage 4 cancer, Tina’s years in the fight taught her that music truly does have healing power. Whether pediatric or adult oncology, as well as most other types of illnesses, Tina states, “I have found that music helps patients get through both the physical pain and the stress of the illness. I have witnessed music lending a healing hand to patients of numerous physical and behavior illnesses.” Hence, Tina has become an invaluable director and medical consultant for the Music Has Healing Power Foundation.
Read more…. 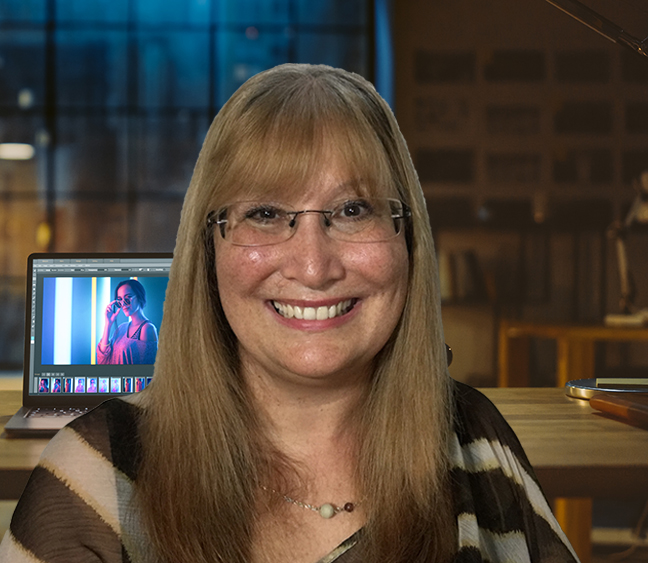 “Let’s be practical: musicians become programmers, generally not the other way around, simply because those gigs actually pay the bills.” –Rob Birdwell

It’s said, ‘Musicians make great programmers.’As a classical pianist accompanying proficient singers, cellists and choirs while finding the magic and love of performing for convalescent homes and retirement communities in Orange County, Shina detoured to LA in the early 80s to explore and further her musical career. During this time, a chance meeting with Bruce Lowe of Cinema Show Music turned out to be major beneficial life influence.Some years later, an unexpected new chapter opened as Shina made a dramatic career change from music to technology. This was the start of a 20+ years career as a professional computer developer.In 2010, having seen a need for a website enhancement, Shina called Bruce out of the blue and stated one simple thing, “Bruce, I’d like to do your website.”Shina has worked with Bruce and Cinema Show Music since then and has also adopted the role of Manager of Technology and Developer for Bruce Lowe’s non-profit foundation, Music Has Healing Power.
Read more…

Emily Lowe, has worked with Cinema Show Music for most of her life as a recording vocalist, production assistant, video designer, makeup artist and more.

Emily also has several movie credits for her work in special effects and beauty makeup. Alongside those credits, Emily has worked with many non-profit organizations such as The Cancer Society, the Red Cross, Pediatrics oncology, the Leukemia Foundation, the AIDS Walk foundation and many more in order to raise funds and awareness. Through strength, power, perseverance, and music, Emily has dedicated much of her time toward inspiring and helping other people heal. Hence, her natural progression into Music Has Healing Power. Please visit https://www.instagram.com/emilylowemakeup/ for more on Emily’s makeup design.

I was raised in a musical environment and started my first band at a very young age. In the early seventies, I was asked to play guitar for country songwriter, Chuck Howard. This led to extensive traveling, …

…with considerable time being spent in Nashville, playing with many of the greats in country music. While I was playing in LA, I received a call from my father, who informed me of his failing health. He suggested I come back to Columbus, Ohio and take over E.R. Ochsendorf Co., the family advertising and marketing business, which I did.Ochsendorf Promotions enjoyed substantial growth and peaked with thirty employees. Although the primary business for over fifty years has been corporate branding, we are also known for custom products, product development, jingles, importing and exporting. Hectic as it was, I found time to play music with some of my longtime musician friends. Our band, The Hipnotics “Fabulous Entertainers” stayed busy playing corporate events, outdoor shows and clubs. By this time, my mother was in her eighties. I discovered how important music was for her while in rehab for a fractured hip. Not only did it raise her spirits, it also cheered up those around her. Sadly, my sister is in an advanced stage of Alzheimer/dementia and is with hospice. Although she hasn’t spoken for over five years, when I play a Beatles song, she laughs and tries to talk. She normally stares at the wall or ceiling, until I play a song from her most active years. She then comes out of her trance and starts smiling and even laughing. On occasion, she’ll even try to sing. We have documented this many times. In the future, this will be added to the MHHP website.Music Has Healing Powers… believe it!
Read more… 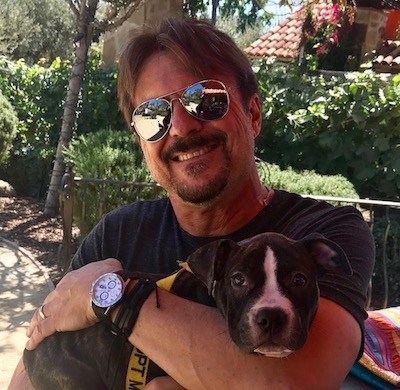 While still living in Ohio, at the age of 17, Guy was signed by RCA in New York as a solo artist. He moved on from that learning experience, to start his own band and then performed with a wide array of famous recording artists writing, singing and playing lead guitar, bass, and keyboards. …

In the eighties, Guy signed as a staff songwriter and had his songs recorded by numerous artists, including Carly Simon, Kenny Rogers, Smokey Robinson and Kenny Loggins. He co-wrote the hit “Conviction of the Heart” with Kenny Loggins, along with “Leap Of Faith” and “Now or Never” for Kenny’s LEAP OF FAITH album. Guy works from his studio composing and singing local and national commercials, trailers and television theme songs. Guy also performed with artists such as Kenny Loggins, Amy Grant, Michael McDonald, The Rembrandts, Michael Bolton, and Jackson Browne. Since signing as a writer with Cherry Lane Music Publishing Co. in 1996, Guy worked almost exclusively on various television and film projects. Included are, “Discovery Channel,” “History Channel,” “National Geographic Channel,” “A & E,” ” Dateline,” “Oprah,” “Extra”, “Anderson Cooper,” “Ellen DeGeneres,” “Pawn Stars,” “On The Case” with Paula Zahn, “TMZ,” “NBC Sports” and many more. For the past several years, Guy has scored hundreds of one and two hour prime-time cable television shows and specials. Guy’s expertise in current music trends has been well recognized in the academic community where he is an adjunct professor of modern music at UCLA. He is still an active writer for BMG/Chrysalis Music Publishing Company. He has various singles released on Spotify and iTunes.
Read more… 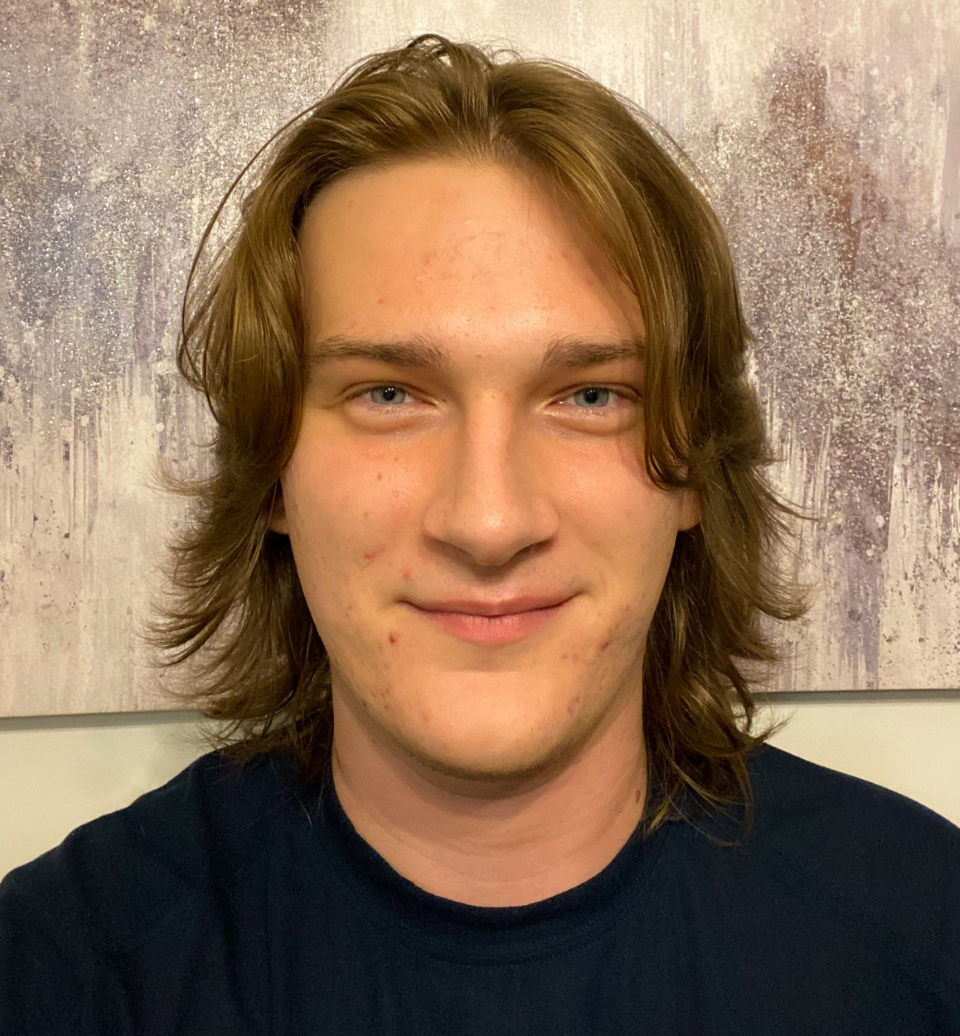 Nate has been involved with music for the majority of his life, picking up the guitar when he was 7 years old. Starting college as a Chemistry major, Nate realized that his true passion was writing and recording music so made the decision to switch majors and transfer colleges to take a chance on a career in music.

As a Senior at Delaware State University in the Music Industry Program, Nate has cultivated skills in composition, earning the Wesley College Award for Excellence in Music in 2021. Nate hopes to carry this momentum into his final year of college, and one day work in the music industry as a songwriter.Social media and graphic design have been a fascination of Nate’s since he began learning about the subject, and he hopes to aid in the mission of Music Has Healing Power to bring music to those that both need and can benefit from it the most.
Read more…